Application for Ammonium Chloride in Casing

Ammonium chloride food grade can be used as nutrient and dough improver for yeast; in foreign countries, with the increasing age of cardiovascular and cerebrovascular diseases such as hypertension, ammonium chloride is used as a taste agent instead of sodium chloride; used in bread, Biscuits, etc., as processing aids. 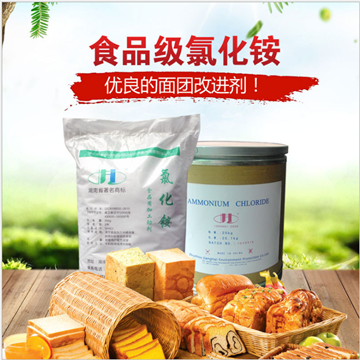 As a dough regulator, food grade ammonium chloride is usually mixed with sodium bicarbonate, and the dosage is about 25% of sodium bicarbonate or 10 g / kg of wheat flour. Adding the mixture of vitamin C and ammonium chloride, the dough has good elasticity, extensibility and machinability, and the bread has good volume, color, fragrance, tissue and elasticity. And it is safer to use this additive than to use potassium bromate. 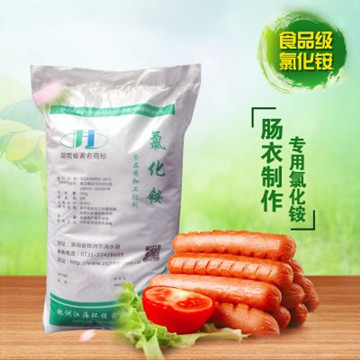