Ammonium chloride licorice oral solution common oral preparations have cough, expectorant and other curative effects, is widely used in clinical, upper respiratory tract infection, bronchitis and cold are the cough and sputum caused by the unpleasant, dry cough and Sputum is not easy to have a significant effect. 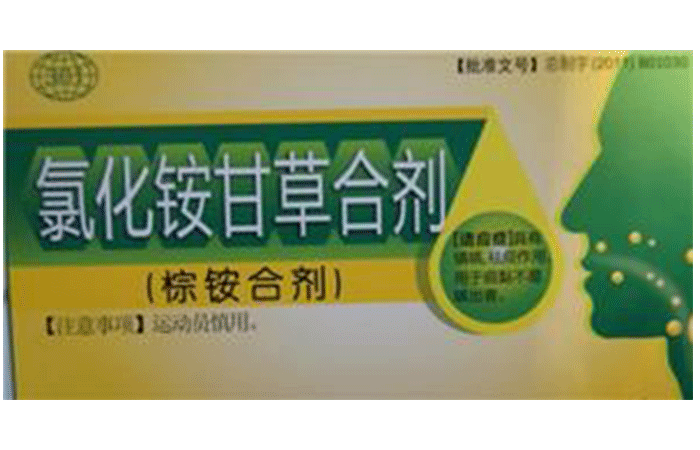 Effect and use: after oral administration of this product, gastric mucosal vagus nerve endings were stimulated, and the efferent vagus nerve fibers of tracheal and bronchial glands were innervated reflex, and the secretion of glands was increased. In addition, after the absorption of ammonium chloride, a small part of the respiratory tract can be expelled, but also can bring out water to dilute the sputum, easy to cough, and can cover the surface of the inflammatory bronchial mucosa, so that the mucous membrane is less irritated, reduce coughing. Often used in the early stage of bronchitis, especially for dry mucous membrane, sputum is difficult to cough. Can be used alone or in combination with fennel powder to make licking or pills. The absorbed ammonium chloride can be decomposed into ammonium ion and chloride ion in vivo. Ammonium ions synthesize urea in the liver and remove some water from the kidney. At the same time, when chloride ions are excreted by the kidney, a large number of cations (mainly sodium ions) and water are taken away because of the increase in the concentration of chloride ions in the renal tubules. Thus showing diuretic effect. It can be used for cardiac edema or hepatic edema.