In commodity fattening cattle diet, to join two levels by or sulfuric acid by  chloride, make its diet contain basically the same nitrogen source, energy, and the same level of calcium, phosphorus, and salt.And then feeding experiment, after 112 days, every diet group of fattening cattle basic similar total weight.Only contain chloride according to higher levels of diet group (per head per day dosage 3.0 ounces) of feed remuneration raised, this group of weight gain cost about saving $3.77 per head than the control group.

Experiment shows that when 1% of ammonium chloride and ammonium sulfate is added to the food, can be used as a source of non-protein nitrogen (NPN), found no ammonia poisoning. From the feed, weight gain cost and the incidence of liver disease, high levels of chloride in the diet group is more better.

Clawson and Alsmeyer also reported the ammonium chloride in pig feed in the diet, to improve the pig feed remuneration is also very significant. 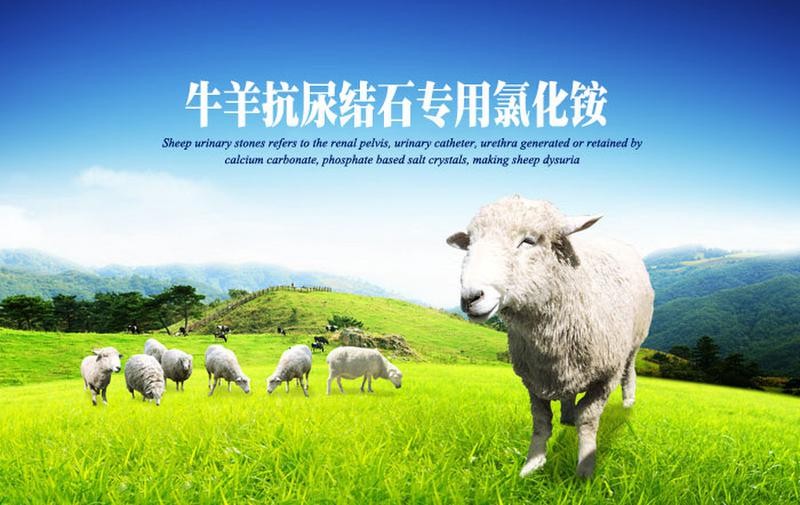